What I've Learned So Far

“If a brother or sister is naked and destitute of daily food, and one of you says to them, ‘Depart in peace, be warmed and filled,’ but you do not give them the things which are needed for the body, what does it profit?  Thus also faith by itself, if it does not have works, is dead.” -James 2:14-17 (NKJV)

A dream fades to the sound of birds chirping outside.  Breathing in fresh Appalachian air, consciousness manages to focus on its surroundings, asking itself: “Why are you here?”  And I remember that I’m here because Christian faith is inseparable from service for Christ’s kingdom.  Christ is, after all, both the Truth and the Way (John 14:6)—not only the destination of peace on earth, but the journey as well.  In turn, His followers are to be known by their fruits (Matthew 7:16).  As I wake further from my slumber, I’m compelled by the thought of all the fruit at the food pantry that must be sorted and distributed to program participants today; this service is itself one form of the fruit borne by belief.

Before I head off to my service placement at the pantry, I affix a small pin with an “A” on it—a reminder of my responsibility to the nation which supports my position through government programs for national service.  I remember that the inseparability of theory and practice is not just a biblical idea; it’s also an American idea, made explicit in the philosophical tradition of “American Pragmatism.”  Pragmatists like John Dewey saw democracy not merely as a set of institutions, but as a faith in the abilities of the common man; such a belief in one’s neighbors, if not put into practice with respect to their human dignity, would indeed be “dead” in the way that the apostle described faith shorn of good works.  By serving a year in eastern Kentucky, I hope to give meaning to my professed beliefs both as a Christian and as an American; outside of service in accordance with such beliefs, they may remain empty words, meaningless at best—or hypocritical at worst.

“Be careful not to practice your righteousness in front of others to be seen by them.  If you do, you will have no reward from your Father in heaven.” -Matthew 6:1 (NIV) 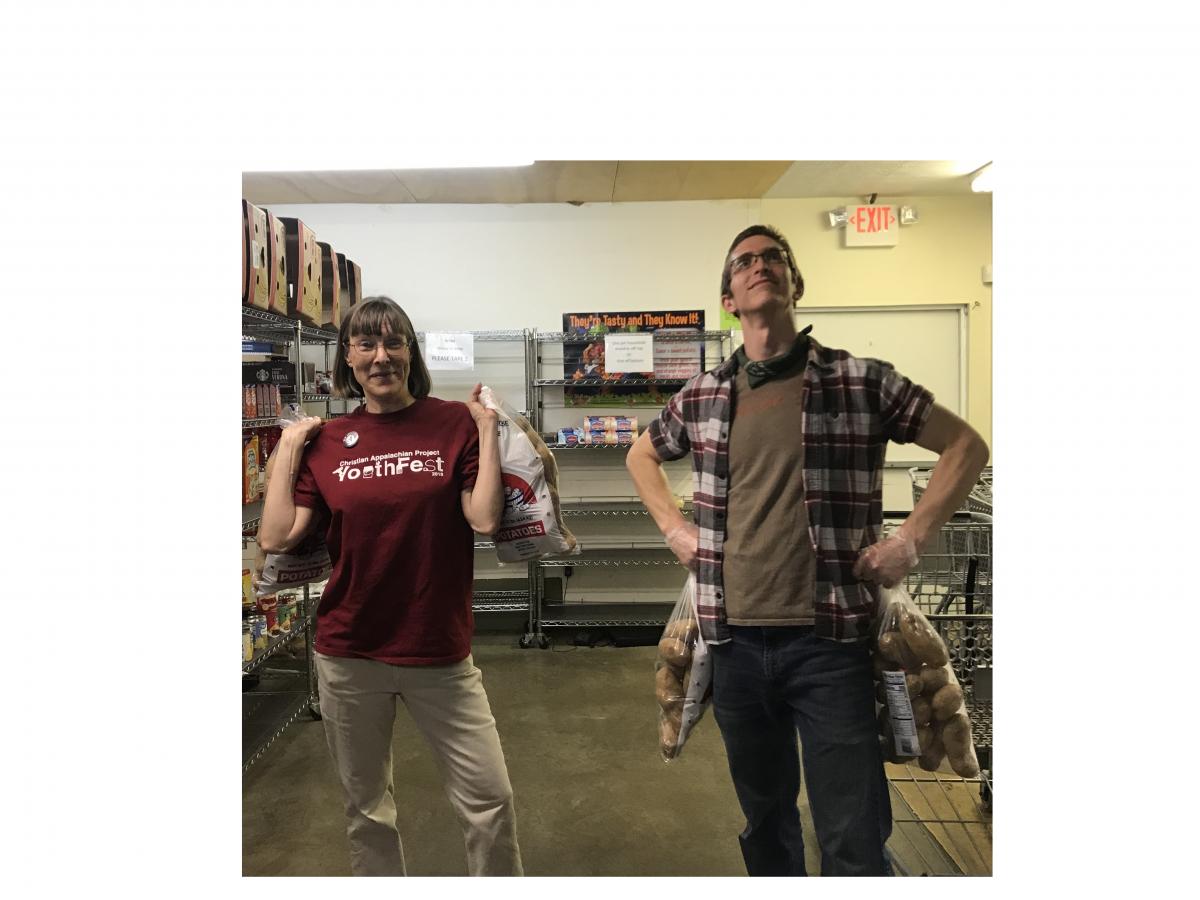 As I sort our donations of produce into different crates at the pantry, I notice Jane enter with her young daughter—probably about ten years old—along with a son who was probably somewhere around six.  As they move through the shopping process with one of my fellow volunteers, I notice the fruits of the spirit in this family as the mother, daughter, and son take turns picking out food items for their family of five.  As they display a loving responsibility for each other, each in his or her own manner, Jane’s family reveals that the way of truth is much deeper than a commitment to participate in national service; visible virtue in a public institution can only suffice for a superficial acquaintance with the truth.  If truth is found through action on behalf of God and neighbor, then the deepest truth seems to be hidden in the acts of kindness which occur and pass away un-celebrated from moment to moment: the habits of love which expect no earthly reward or recognition, but rather genuinely seek the well-being of the other for his or her own sake.  Following my daily requisite eight hours of service, I return to Rockcastle House, where I live with other long-term volunteers committed to service in Appalachia; if I am not faithful in treating my housemates with loving kindness outside of my service placement, then what am I but the clanging cymbal of 1 Corinthians 13:1?

As the night closes in, I lay in my bed, my consciousness diffusing into a recorded playback of all the day’s interactions with program participants and fellow volunteers.  In the absence of immediate logistical demands on my attention, a new perspective forms in the twilight.  Was I kind to the child who was playing in the pantry today?  Was I peaceful toward my fellow volunteer when she made a suggestion that I disagreed with? These fruits of the spirit are not necessary for the technical fulfillment of my position description, and any earthly reward for them might be negligible.  At the end of the day, though, what matters is how I have treated my neighbors and God, irrespective of my technical service position description.  So, this is my unsolicited advice to new volunteers: As you prepare for your year of service, be sure not to let your special role overshadow or replace that deeper spirit of service which bears fruit regardless of institutional support or official titles.  Institutional support can provide a garden in which the fruits of the spirit are readily harvested, but a deeper truth remains hidden, and must be sought perpetually in the wild woods of daily, unrecognized habits of kindness!

Benny is a Long-Term Volunteer serving in Rockcastle County. If you want to learn more about volunteering with CAP email volunteer@chrisapp.org.